2019 marked Norwich Sunblinds’ 40th year in business, and what a fantastic journey it’s been! From our inception in 1978, by our founder John Reddington and our first store in St Benedict’s Street in Norwich, all the way through to our larger premises in Attleborough, we have enjoyed being an integral part of the fabric of Norfolk for the past four decades. Celebrating Our 40 Year Anniversary.

Made-to-measure vertical and roller blinds above our St Benedict’s shop.

In our early days, we began manufacturing made-to-measure vertical and roller blinds above our St Benedict’s shop. This proved to be a challenging time, as the five-metre rail heads came in a lorry which meant that the street had to be shut. The headrails were then lifted into the upstairs window, as they wouldn’t fit through the shop!

Fortunately, we no longer have these issues at our current manufacturing premises in Attleborough, but it certainly brings back interesting memories!

Fabric designs have changed over the years, but Orla Kiely’s fabulous designs, which hark back to the 70s, are currently very popular. 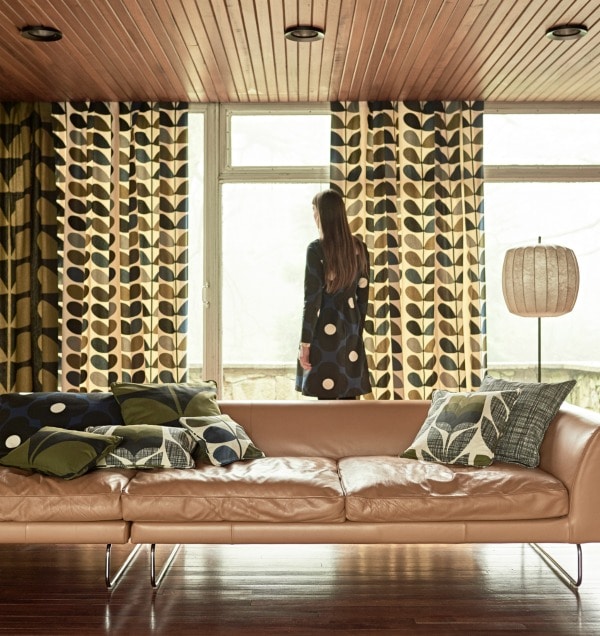 Orla Kiely’s fabrics give a modern twist to retro design

To celebrate four decades in business, we are pulling back the curtains and taking a look at how Norwich and the UK have changed during this period. We hope you enjoy this whistle-stop walk down memory lane with us.

The year of our inception was a culturally rich one.

We had the Beegees, Rod Stewart, Kate Bush, Boney M and Queen providing us with unforgettable soundtracks. Not to mention the release of Gerry Rafferty’s iconic song Baker Street, with the unmistakable sax solo that still makes the hair stand up on the back of our necks.

Closer to home, 1978 marked 700 years since Norwich Cathedral was consecrated. Norwich City were in the Football League First Division and the Sainsbury Centre for Visual Arts, the first-ever public building designed by Norman Foster, officially opened its doors to the public.

Widespread change across the city

A twinning agreement was officially signed between Norfolk and the Rhineland Palatinate in Germany, as an indicator of growing development links between the regions.

Since then, we’ve witnessed widespread change across the city. Further developments were completed in housing estates, such as the Clover Hill and Chapel Break villages in Bowthorpe.

In the city centre, we have seen the closure of Woolworths on St Stephens Street, along with a Big W store at the Riverside. On a positive note, we have seen the opening of Castle Mall in 1993 and intu Chapelfield in 2005, with their wide selection of big brand shops and restaurants.

The Bonds store, which had traded under that name for over 120 years, finally rebranded as John Lewis in 2001, despite having being bought by them 19 years earlier.

The Cannon Cinema (formerly ABC Norwich and The Regent) shut their doors for good in the 90s and became home to the Mercy XS nightclub.

Another significant change was the closure of St Augustine’s pool in 1996, where many locals donned their swimming costumes and learnt to swim.

Across the UK, 1978 was the ground-breaking year when Louise Brown became the first baby to be born through IVF treatment. This was a time when the VHS and Betamax format battle was in full swing, phones with rotary dials were commonplace and avocado bathrooms were in vogue.

It’s hard to believe, but back then it was possible to buy a new home for a mere £9,100. BBC Radio 4 remind us that the cost of a pint of milk was 11p, and a loaf of bread only set you back 28p. How times have changed! 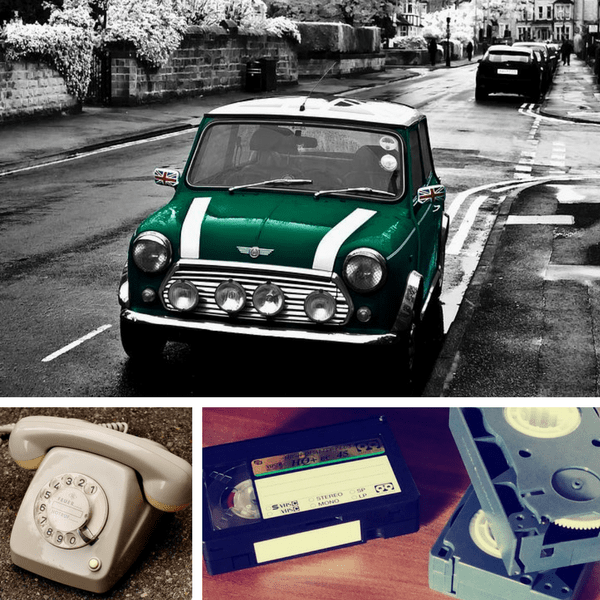 Since then, we’ve had six new Prime Ministers, including Margaret Thatcher and viewed 10 Olympic Games, counting those which took place in London in 2012.

We hosted one of the Live Aid concerts at Wembley in 1985, which along with its sister concert in Philadelphia, was viewed by over 1.5 billion people in over 160 countries.

Sky began broadcasting in 1989, and the following decade saw the increased use of the World Wide Web and the rise of international pop superstars, the Spice Girls. In 2003, England lifted the Rugby World Cup for the very first time, as Jonny Wilkinson helped lead the team to victory.

We’ve also witnessed the closure of some nationwide chains such as BHS, JJB Sports, Comet and Phones 4u in recent years. If anything, this is testament to Norwich Sunblinds’s ability to weather tough economic times as a family-owned business that continues to provide a quality service to our customers.

Our team has grown over the years, and we continue to make our blinds in-house, with our highly experienced and fully trained craftspeople. We are proud to be a company that invests in the local community.

Over the course of the last 40 years in business, we have expanded our product range to include new types of blinds, such as perfect fit, roman, vision/visage blinds, shaped blinds for unusual sized windows, as well as shutters, curtains and fly screens.

We look forward to continuing to develop our product range, to make sure we offer products of the highest quality in years to come.

But most importantly, we wouldn’t be here today without you.

We’d therefore like to send a heartfelt thank you to all our customers, past and present, for supporting us over the past 40 years. We look forward to delivering the same high standard of service to you for the next 40! 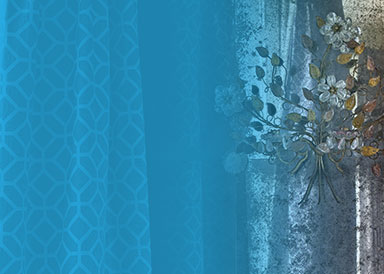 What information do we collect about you?

How will we use the information about you?

In processing your order, we may send your details to, and also use information from credit reference agencies and fraud prevention agencies.

We would like to send you information about our products and services which may be of interest to you. If you have consented to receive marketing, you may opt-out at a later date. You have a right at any time to stop us from contacting you for marketing purposes. If you no longer wish to be contacted for marketing purposes, please click the unsubscribe button on your emails, or email marketing@norwichsunblinds.co.uk.

You have the right to request a copy of the information that we hold about you. If you would like a copy of some or all of your personal information, please email or write to us at the following address11 – 14 Haverscroft Ind Est, New Road, Attleborough, NR17 1YE.

We may make a small charge for this service. We want to make sure that your personal information is accurate and up-to-date. You may ask us to correct or remove information you think is inaccurate.

This information is used to track the visitor’s use of the website and to compile statistical reports on website activity.

However, in a few cases, some of our website features may not function as a result.